Madulthood visited FryskLab and other FabLabs in the northern Netherlands 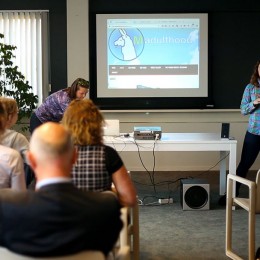 From the blog of Miriam and Madison (Madulthood):

“Jeroen de Boer of Frysklab, a mobile Fab Lab truck, was expecting us in the morning. I’ve been in touch with Jeroen since the fall, and it was wonderful to finally meet him. We presented Self-Made for the Bibliotheekservice Fryslân, the organization of public Friesian libraries. Jeroen imagines a Fryslân where most libraries incorporate makerspaces, a melding of twentieth and twenty-first century educational locales. The librarians explored Frysklab after Jeroen told them about the benefits of such a collaboration, and we captured their enthusiasm as they encountered the equipment.

Then through a spontaneous series of chats, we ended up on Omrop Fryslân radio. We’re still basking in our Fryslân fame.

Our host Jitzke fed us a solid breakfast and sent us on our way. Jeroen was able to free his morning, so he accompanied us out of Leeuwarden. When we’re not busy getting lost we make excellent time. When we reached Afsluitdijk, Jeroen played along with us for some biking footage. We said our goodbyes and attacked the dijk. For the first time on bike tour, the wind blew behind us, and soon the 32km dijk stretched behind us. Did we just bike 65km by two in the afternoon? Inconceivable!” 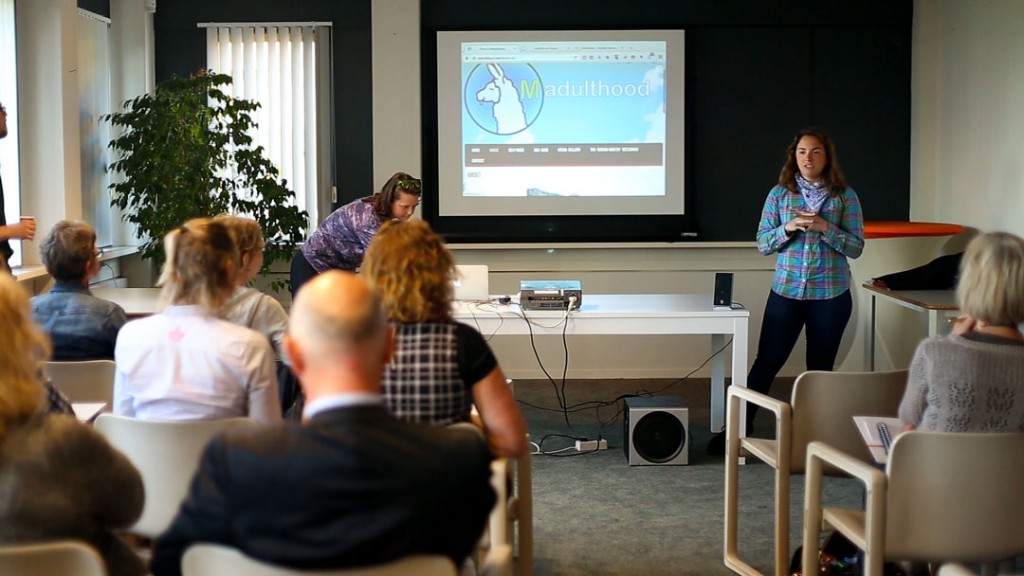