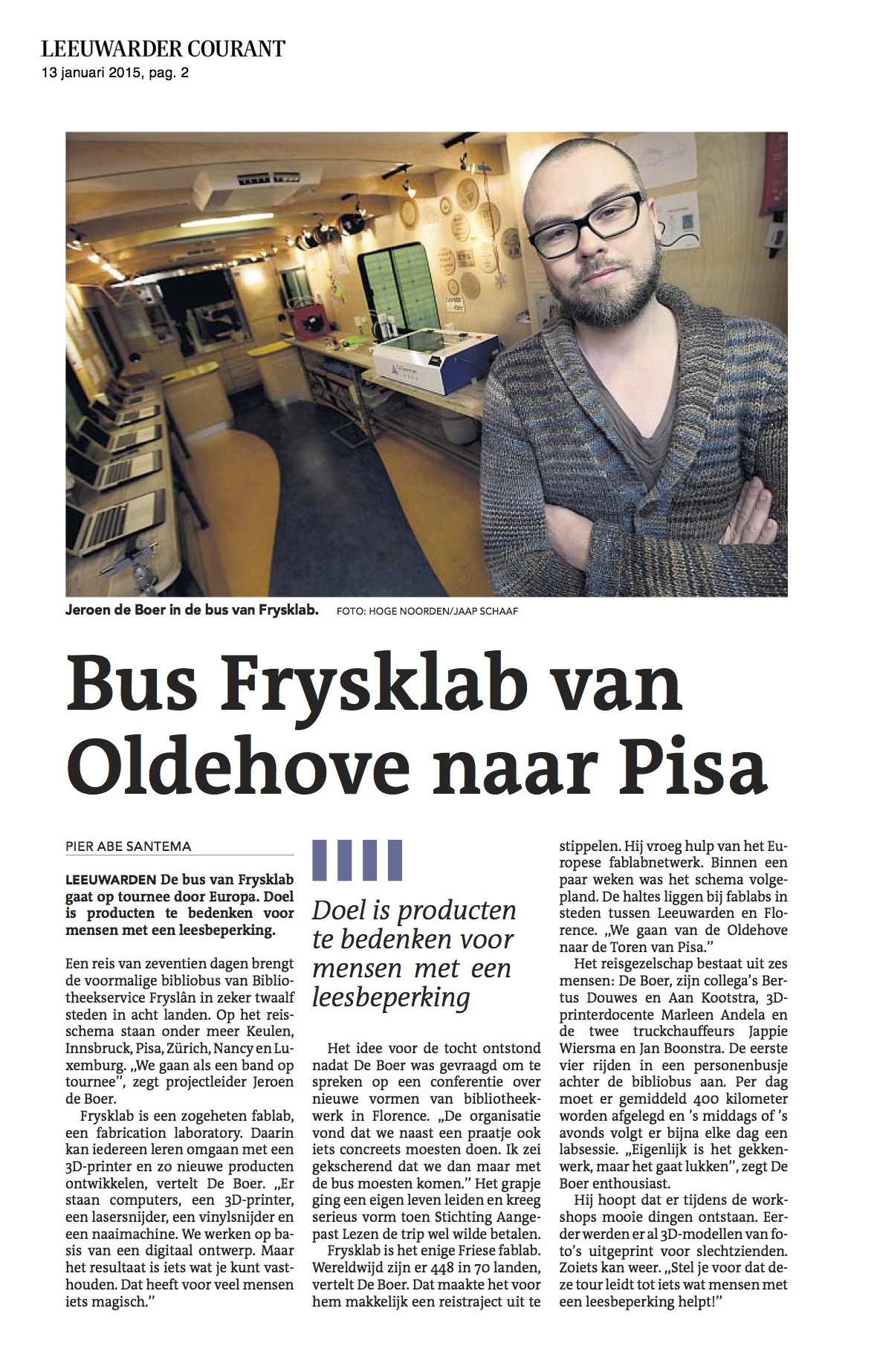 Working on our route for #MakerTour2015

Last week we decided what our route to and from Florence should look like. We decided upon an combination of not too long daily distances and stops at interesting labs and libraries. Since our appearance at the OCLC Congres Art of Invention in Florence was the only given element of the tour we had to see how to make the trip as interesting as possible.

As for now it looks like we’ll be visiting the cities of Cologne, Nuremberg, Innsbruck, Verona, Pistoia, Florence, Milan, Zurich, Nancy, Luxembourg, Genk and The Hague/Leiden. Within a couple of days we received enthusiastic response from Swiss, Austrian and Italian labs, as well as the FabLabs in Luxembourg and Nancy. Great!

If you are in the vicinity of our route or if you feel you can contribute or want to participate during our stops, please let us know!